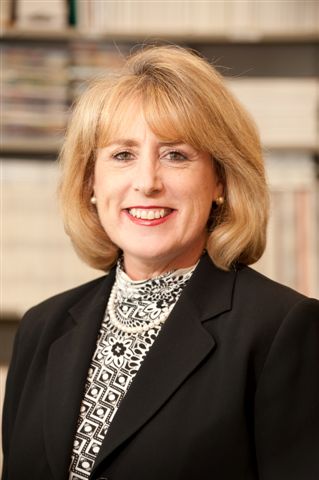 Affiliations
Research Interests
Dr. Reed's research efforts are focused on understanding the mechanism of chronic allograft rejection. The development of anti-HLA antibodies following transplantation is associated with transplant atherosclerosis, a manifestation of chronic allograft rejection. Reed and her colleagues postulate that anti-HLA antibodies are pathogenic in chronic rejection by binding to HLA class I and class II molecules on endothelium and smooth muscle of the allograft and transducing signals that stimulate cell proliferation. The researchers' studies have shown that when anti-HLA antibodies bind to distinct HLA-A and -B locus molecules on endothelial and smooth muscle cells, there is increased tyrosine phosphorylation of intracellular proteins, induction of fibroblast growth factor receptor expression and cell proliferation. These studies suggest anti-HLA antibodies can play a key role in the initiation of proliferative signals, which stimulate the development of myointimal hyperplasia associated with chronic rejection of human allografts. Current efforts are focused on elucidating the class I and class II signal transduction pathway. Understanding this mechanism will permit the development of new therapeutic modalities for the treatment and prevention of transplant atherosclerosis and the extension of functional life of transplanted organs. An additional focus of Dr. Reed's research is in the development of novel methods for immunologic assessment of the immune response in transplant patients. She and her associates are developing assays to measure both the humoral and cellular alloimmune response to the graft. These tests include monitoring of anti-HLA antibodies to identify patients at risk of rejection, monitoring the T-cell indirect allorecognition pathway, genomic and proteomic biomarkers for the diagnosis of chronic rejection and the study of immune and inflammatory gene and protein expression during allograft rejection.
Biography

Elaine F. Reed is an immunogenetisist and immunologist who joined the UCLA faculty in 1999 as Professor of Pathology. Dr. Reed directs the UCLA Immunogenetics Center, Department of Pathology, and provides clinical and academic leadership of the diagnostic, training, and research activities of the Immunogenetics Program. Dr. Reed earned her M.S. and Ph.D. in Immunology at Columbia University, New York. She was a post-doctoral researcher in the Division of Immunogenetics, Department of Pathology at Columbia University and trained in the field of Immunogenetics and Histocompatibility Testing. Dr. Reed was appointed as an Instructor in the Department of Pathology, Columbia University in 1987. In 1988, she was promoted to Assistant Professor and became Associate Professor in 1994. In 1994, she became a board certified Laboratory Director in Immunogenetics by the American Board of Histocompatibility and Immunogenetics. From 1986-1999, Dr. Reed served as the Associate Director of the Immunogenetics Laboratory at Columbia Presbyterian Medical Center, New York. Since joining the UCLA faculty, she has been actively been involved in graduate and medical education. A major focus of her work is the establishment of a translational research program for the development of biomarkers for diagnosis and prevention of transplant rejection. She applies information obtained in basic research to the generation of new immunological tests that will be used in the clinical practice of transplantation.

Publications
Error in include template "/web/fdb5/www/gpb/institution/publications": can't read "allow_redirect_p": no such variable