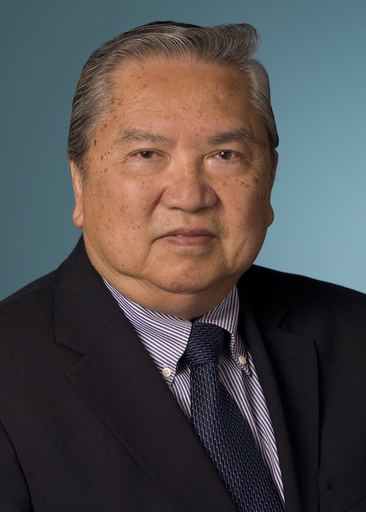 Dr. Go began his academic career at the Mayo Clinic over five decades ago, investigating the regulation of human exocrine and endocrine pancreas in healthy and diseased states; subsequently, expanded towards nutrition, altered metabolism, and cancer prevention. His current research focuses on phytonutrient mechanism of action; utilizing molecular biology and metabolomic technologies. He was previously the director of NIH/NCCAM funded UCLA Center for Excellence in Pancreatic Diseases from 2007-2014 and is currently the co-director of the UCLA Agi Hirshberg Center for Pancreatic Diseases and the editor-in-chief of Pancreas.

Dr. Go joined the UCLA Department of Medicine in 1988 as the executive chair of the Department of Medicine after serving as the director of the Division of Digestive Diseases and Nutrition at the NIH-National Institute of Diabetes, Digestive and Kidney Diseases (1985-1988). In 1994, he co-founded the UCLA Center for Human Nutrition with Dr. David Heber. Dr. Go was appointed jointly by the secretaries of Department of Health and Human Services and Department of Agriculture to the US 2005 Dietary Guidelines Advisory Committee. He has authored and co-authored over 500 peer-review articles, book chapters, and editorials. He co-founded the American Pancreatic Association in 1969 and the society’s Lifetime Achievement Award is named after him. In 2007, he was the American Gastroenterological Association Foundation’s Mentor Research Scholar Award Program honoree for having trained over 70 fellows and junior faculty, some of whom have now provided national and international leadership in gastroenterology, pancreatology, and nutrition. He was elected to the board of directors of the North American Neuroendocrine Tumor Society and served from 2006-2009. Over the course of his career he has received numerous honors and recognition awards including the 2021 American Gastroenterology Association Distinguished Mentor Award, 2020 American Gastroenterology Association Council pancreatic disorder section research mentor award, the 2019 North American Neuroendocrine Tumor Society outstanding service award, the 2017 CAPER (Collaborative Alliance for Pancreatic Education and Research) Lifetime Achievement and Mentoring Award, 2014 David Kritchevsky Outstanding Nutrition Career Award from the American Society of Nutrition, 2013 University of Santo Tomas Medical Alumni Association Most Outstanding Academic Achievement Award and the Mayo Foundation Distinguished Alumni Award in 2002.