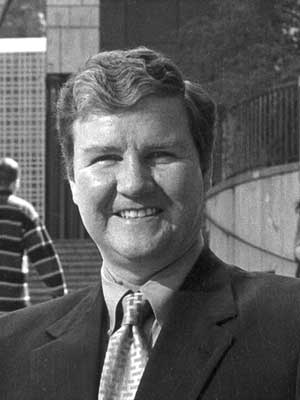 Affiliations
Research Interests
Dr. Cook is a Professor-in-Residence in the Department of Psychiatry and Biobehavioral Sciences at the David Geffen School of Medicine at UCLA and the Department of Bioengineering in the School of Engineering and Applied Science, and is a Research Scientist at the UCLA Semel Institute for Neuroscience and Human Behavior (formerly known as the UCLA Neuropsychiatric Institute) and the UCLA Brain Research Institute. His work has largely focused on the treatment of mental illnesses and disorders of complex human behavior; this site describes his research, clinical, and teaching activities, as well as his application of information technology in health care and education.

In January 2007, Dr. Cook became the Founding Director of the UCLA Unipolar Depression Research and Clinic Program, a component of the Integrative Study Center for Mood Disorders at UCLA's Semel Institute. In May, 2008, he was named the inaugural holder of the Joanne and George Miller and Family Endowed Chair in Depression Research at the UCLA Brain Research Institute.

In March 2009, he treated the first patient in the Transcranial Magnetic Stimulation Treatment Service at UCLA, bringing that FDA-approved device for treating depression to his program in Los Angeles. (video here). Dr. Cook has served as a member of the rTMS Task Group of the National Network of Depression Centers.

He is also one of the inventors of a new experimental neuromodulation treatment, Trigeminal Nerve Stimulation, and was the first physician to use this investigational treatment for adults with depression and PTSD. TNS is now also being studied for use in ADHD, and other disorders.

He is an Attending Physician in the Resnick Neuropsychiatric Hospital; over his years at UCLA, he has attended on the Adult Inpatient Service, in the General Outpatient and Mood Disorders Clinics, in the Adult Partial Hospital Program, and on the Geriatric Inpatient ward. Dr. Cook currently serves as a psychiatric consultant to the new UCLA Hand Transplantation Service. At UCLA he is also Associate Director of the Laboratory of Brain, Behavior, and Pharmacology.

Dr. Cook is Chief of Staff of the Resnick Neuropsychiatric Hospital and is also chairs its Professional Staff Executive Committee. In the Department of Psychiatry, he formerly was Chair of the Curriculum Committee, and continues to be Course Director for Psychiatry Grand Rounds, the PG3 Outpatient Psychopharmacology Course, the Professionalism and Ethics course, and the PG4 Clinical Neuroscience Course. At the David Geffen School of Medicine, he is Chair of the Faculty and of the Faculty Executive Committee. For the broader UCLA community, he served as chair of the University Senate's Ad Hoc Committee on Instructional Technology.

Dr. Cook received his undergraduate degree from Princeton University and went to medical school at the Yale School of Medicine, before coming to UCLA for his residency at the UCLA/NPI and West LA VAMC psychiatry residency program.

In addition to his work in academia, Dr. Cook has also volunteered to support a number of professional societies and organizations and has served as a consultant to the health care and entertainment industries as well as to the US Department of Justice Civil Rights Division, and the US Department of Defense about suicide prevention. He volunteers to support a number of charitable organizations by serving on advisory boards. He is a life member of the National Eagle Scout Association.

Ian A. Cook, M.D. holds the Joanne and George Miller and Family Endowed Chair in Depression Research. He is a Professor of Psychiatry and Biobehavioral Sciences in the David Geffen School of Medicine, and a Research Scientist at the Semel Institute for Neuroscience and Human Behavior. Dr. Cook received his bachelors degree with high honors from Princeton University and his medical degree from the Yale University School of Medicine. He completed his psychiatry residency training at UCLA's Neuropsychiatric Institute, where he also was an NIMH-funded research fellow. Dr. Cook served on the Executive Committee on Practice Guidelines of the American Psychiatric Association, and guided the electronic dissemination of their evidence-based guidelines in psychiatry. A board-certified Psychiatrist, he has also served as an examiner for the American Board of Psychiatry and Neurology. His biography is profiled in Who's Who in America, Who's Who in the World, and Best Doctors. He is the author of numerous publications on brain function in mental illness and in aging, and holds several patents on biomedical devices and methods.